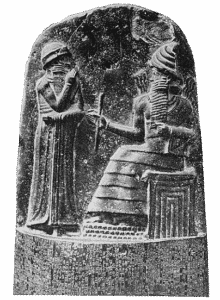 The Evolution of Invoice Factoring

Factoring has been around in some form or another for centuries, yet it is still a relatively untapped source of finance for many businesses. In fact, invoice factoring is typically a small part of the curriculum in many university finance departments. Let’s take a look at the history and evolution of the world of factoring.

The principal of factoring began sometime during the Mesopotamian Era around 1772 BC. It is believed that the rules for factoring or financing of trade was laid out in the Babylonian law code called The Code of Hammurabi, one of the oldest deciphered writings of significant length in the world. This alludes that factoring was used as a source of cash flow for businesses in England prior to the 1400’s.

In the early 1300’s and into the 1400’s, factoring was predominantly used by clothing merchants and traders. The “factor” would take possession of the physical good and provide cash advances to the merchant. The “factor” would then extend the financed credit to the buyers and insured the credit strength of the buyer. In the early 1600’s, factoring reached the Americas and colonist took quickly to the idea of factoring as they needed advances on the raw materials they were shipping to across the Atlantic to England. When the Industrial Revolution began, non-recourse factoring became a popular option for clients who were creditworthy. As the United States neared the early 20th century, the garment and textile industry brought factoring full circle as they utilized factoring as an avenue to continue to purchase raw materials.

Factoring continued to take shape throughout the 1900’s as small businesses who were not eligible for bank loans needed funding. In the 1940’s, banks in the United States began offering factoring services as the need for factoring had boomed in the textile and manufacturing industries. During this time, banks and “factors” were now purchasing a company’s invoices or receivables rather than taking possession of the physical goods. This idea transformed the industry into what it is referred to as today, invoice factoring or receivables factoring.  The factoring industry continued to gain popularity in all business industries. When the savings & loans crisis began to heat up in the 1980’s, banks were in need of assistance with their customers and turned to factors for assistance. In the early 2000’s the U.S. economy plunged increasing the use of factoring companies as businesses were struggling to stay afloat.

Over many centuries, invoice factoring has been a means of financing for many businesses. As the economy continues to grow and new businesses emerge, the factoring industry will continue to be a source of financial support for centuries to come.

Listed on the WordPress Blog Directory